All posts in PLM

How to manage typed links?

In our last post we talked about product structure made of assemblies and parts. This structure shows the physical links between parts. But what if you want to highlight other links? In special cases, you may want to show a part electrical relationship to another, for example. Linking parts with an electric point of view will result to a complete new data structure, that looks similar to a fault tree analysis and will help you detect power cuts.

Thanks to the DocDokuPLM platform, you can define new trees with typed links. Let’s work on a very simple example: an office. Here is its complete product structure: As we can see, that structure does not explain the electric links between parts. To define an electric link between 2 parts, select those parts in the tree and press the “Typed links” button. Then simply add a new typed link and enter type’s name and description. The source part is the first part you checked in the product structure. The target part is the other one. If needed, you can invert the 2 parts. Each typed link created with the “electric” type belongs then to a complete new tree. Choose this type on the above menu to display to new defined product connections. This new typed tree shows the electrical links between parts and makes it easier to fix bugs.

Feel free to add as many typed links as you want between 2 parts (any energy link, any dependency link…). However it is impossible to create a loop (cyclic link) with the same type of link. In that case, the system will detect the cyclic link creation and reject it automatically in order to avoid infinite loop. 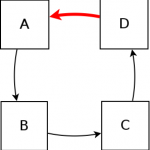 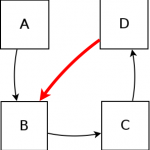 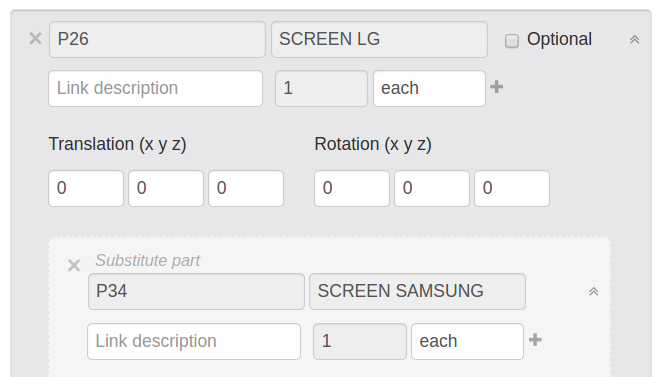 Case study: Improve the quality management inside an industrial company

Mia electric designs and builds only electric vehicles made totally in France. Based in Cerizay in the Deux Sevres the Company provides emission free mobility at an affordable price, accessible to all, to respond to the realities of Urban and suburban transport needs and the ever higher price of fossil fuels.

In 2010 the construction plant was entirely re-equipped, the team reinforced to reach 16 designers and an R&D department of no less than 80 engineers. The Production capacity is now 12,000 vehicles per year – 1200 per month. Obviously all of this should conform to the most demanding aspects of current legislation with certification to ISO 9001 and 14001 standards.
To raise such challenges a robust PLM solution was needed.

We deployed DocDokuPLM on a tailored high availability and secure private cloud infrastructure. We also developed some small extensions that permitted the car maker to successfully passed crucial certifications.

That’s with a great pleasure that we received an Innovation Award for the demo cup at the Open World Forum which took place the 11, 12 and 13th october 2012.

The demo cup consisted of presenting our open source software in a time boxed format of 7 minutes! That was a very funny and challenging exercise, especially with a jury composed of experts and an audience hard to impress.

So, I made a live demo of DocDokuPLM. I started with the classical login screen, then quickly went through the document management module. I didn’t take much time on this part of the software as document management is becoming a commodity nowadays. However I explained that our DM is not as classical as it seems in the sense that it follows the PLM industry terminologies and definitions, especially those defined in the “OMG PLM services” and the STEP standards.

After that, I came to what was the heart of my presentation: the DMU (Digital Mock-Up) inside the browser without any plugin. I demonstrated how we can rotate, zoom in or out and move the product model. I showed how to hide/display specific assembly parts just by clicking on checkboxes.

Then I played with the layers and markers functions of our tool that allow to pin notes directly on the model.

At last, I finished my demo with an impressive mashup feature that permits to publish the whole model in any blog, wiki, forum exactly like what we can do with youtube or dailymotion videos.

Finally we were the first team to be called on stage to receive our prize quickly followed by Blue Mind that proposes a messaging and calendar solution and by Hippo with their HippoCMS which is a context sensitive CMS system. 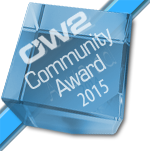 © 2022 an Open Source platform from DocDoku